by Judy Allison on Feb 9, 2014 1 Comment in Technical, Transport & Storage 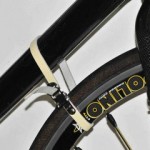 A Tale of Two Trails 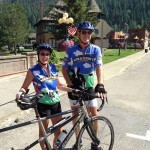 Northern Idaho probably isn’t included on your Tandem Bucket-List, or the top-five places you’d like to ride someday, is it?  Perhaps you should make room for this destination in your future cycling plans.  Arguably, there are several reasons, but I’ll limit it to just two:  The Trail of the Coeur d’Alenes and The Route of the Hiawatha.  These trails cater to both tandem crowds, the roadies and the mountain bikers.

The Trail of the Coeur d’Alene is a 72 mile paved bike trail built on a Union Pacific right-of-way stretching from Plummer, Idaho (the western end of the trail along US-95) to Mullan, Idaho at the trail’s easternmost point (paralleling Interstate 90).    There are no fees charged to use this trail, although you will see donation boxes at some of the trailheads.  The Trail of the Coeur d’Alenes drops from the trailhead in [...]

We hope local and regional tandem clubs will use the TCA website to promote your club and your events.  Post your events on the TCA Events Calendar, and post some articles and photos about your activities and your members.  Or post a brief comment about something of interest on your club’s website, with a link to direct TCA readers to it.

And finally, please ensure that I have one or more email contacts for your club (e.g. club officers) by sending them to me at membership@tandemclub.org.  I am maintaining an email list that will be used ONLY  for infrequent announcements of significant updates to the website and significant TCA events.

Ideally EVERYONE in your club knows about the new TCA website, and I know how to reach them!

by Laura McCabe and Judy Allison on Jan 26, 2014 3 Comments in DoubleTalk, News 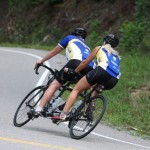 We are very pleased to announce that long time TCA member Mark Livingood has volunteered to join us as Doubletalk’s Technical Editor. Mark comes to us with a wealth of knowledge, stemming from 17 years of tandem cycling as well as an extensive web presence anchored by his many contributions to the Tandem@Hobbes listserver, the tandem forum at BikeForums.net and founding the Discussion Forum For Off-Road Tandem Enthusiasts, aka Double Forte. He also hosts TheTandemLink.com and offers commentary on tandems and the tandem lifestyle on The TandemGeek’s Blog. Mark will be authoring DoubleTalk posts as well as providing technical review of content submitted by others.

Please join us in welcoming Mark! 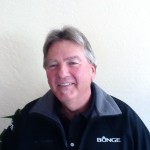 First, let me thank Susan and Jack Goertz for their years editorializing and informing the tandem community through the hard-copy DoubleTalk.  My wife Mary and I purchased our first tandem in 1992 in Chico, CA and enjoyed riding the American River Trail in Sacramento with the local club. We went so far as to buy a Burley trailer and haul our kids along with us. We did that until the children got too big and hired baby sitters for Saturday mornings so we could ride.  While in Chico, I was involved in publishing the local club’s 3-month ride calendar, so I know the work that goes into print and paper.

We moved to Scottsdale AZ in 1994 and joined the local ABC – Arizona Bike Club. They had some tandem rides but initially no tandem club.   Rudy and Kay Van Renterghem responded to the need and established the the [...] 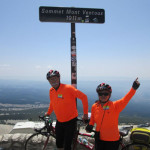 We flew to Geneva three days before the tandem cruise started to acclimate, prepare our tandem and participate in the pre-tour activities. On Tuesday, we walked around Old Town and the city lake (Jean’s forced marches to get us adjusted to the local time) and learned how to use the tram and water shuttles across the lake. By evening, we were exhausted and managed to sleep until 6AM. Over the next two days, our pre-tour [...]

Welcome All! We’re excited to share our brand new (and all free) website that went live last night, January 17th, replacing the old site at www.tandemclub.org. We’ve been hammering away at it over the past six weeks, and are pretty pleased with what we have been able to accomplish! While it’s the same old address, it’s a whole new look with lots more to offer you! With the most recent six years of paper DoubleTalk issues now online and new articles being added to the blog all the time, you’ll want to bookmark the site and check in often. It’s easier to use, with no log in necessary as TCA has become a free, open-to-all web community for all things related to tandem cycling.

Here are some things you can do on the new site:

With the 2013 versions of STR and FTR scheduled on subsequent weekends, two tandem rallies in tandem seemed to be a hit with a number of attendees at the 2013 Florida Tandem Rally in The Villages. Even though the distance between the Southern Tandem Rally in Cullman, Alabama and the Florida Tandem Rally in The Villages was more than 600 miles, doing them back-to-back made sense for couples from out-of-state.  Several couples from northern climes turned the two events into a vacation.  Among them were teams from Virginia, Massachusetts, and New Hampshire.  After attending the Southern Tandem Rally in Cullman, Carolyn and Don Lane took two days to drive to Florida, and then did some canoeing at Weeki Wachee Springs State Park on Florida’s west coast. They arrived back with the group in The Villages in time to catch the pre-FTR ride Friday morning.

Traveling Without Your Tandem – Whatever For??? 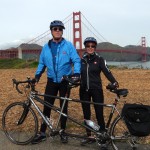 Valerie and I started riding a tandem in 1991 and twenty-two years later we’re still pedaling our two-fers.  One bad habit we’ve acquired is taking our tandem with us whenever and wherever we travel.  We’ve found that if we can’t take the bike with us, the trip isn’t necessary!

The early days were fraught with various car carrier bike racks, be they trunk-mount, roof-racks or bumper mount.  We managed to find a way to take the bike with us, albeit exposed to the elements.  In 2009 we purchased a coupled Santana “Beyond,” giving us the capability to travel on airliners with the bike.  The final step was breaking down and buying a truck with a long bed and a shell, complete with a carpeted after-market liner (Bedrug).  When we’re driving for vacations (or just for a day ride in the general area of southwest Idaho), the bike goes inside the camper shell, completely [...]

I bought my first tandem after my youngest son, Peter, and I took our mountain bikes on a bike trip in Colorado. On this trip, which was sponsored by Adventure Cycling, we were on gravel roads and mountain trails.  One couple rode a tandem on that adventure.  Since Peter and I were doing these bike rides together, I decided that a tandem would be right for us, too.  He and I had some great trips together, the last of which was riding and watching the Tour de France. On that trip, he said that would be our last bicycle ride together, as he was in college and was pursuing his own dreams and plans.

My wife, Lucy, had pity on me.  She said she would ride a tandem — but only if we stayed “expensive” places.  No camping out for her, not even a motel… it needed to be a [...]