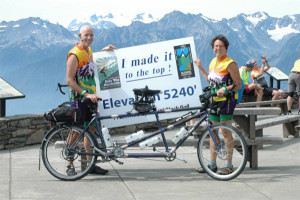 33 Responses to "She’s not pedaling back there!"